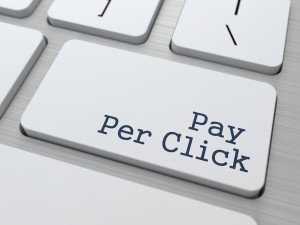 It’s been a while and lots has been happening in my world … if you know me you’ll know what I’m talking about if you don’t then watch this space or pop to my Linked In profile.

Anyway, I had an idea to write a post or two on what I see changing in the response digital world. Maybe you’ve got your finger on the digital pulse maybe you haven’t, either way this is the first of a series … that’s because there’s more than one thing changing!

So what’s first on the list? The declining effectiveness of PPC

You know I’ve been around a bit. Looking back over the last 7/8 years in which I’ve managed PPC teams, it’s consistently been one of the most effective paid for response driving media channels. No doubt.

Businesses have been built on acquiring customers through PPC and it’s not the way now. Thinking tactically and putting all your eggs into a single basket has never been a sensible thing to do, but today with declining PPC returns its forcing many businesses to look at their marketing strategy (or lack of!) and re-assess where they should invest their time and budget.

I’ve certainly seen the PPC landscape deliver diminishing returns (not because the people I’ve had working for me aren’t up to the job – quite the contrary) because of a number of factors:

So all in all maintaining response rates in PPC has never been so tough. It is possible though if you know what you’re doing.

Back when I was a lad we could advertise on terms that no-one else was on. PPC grew in many clients because some guy had a play and he made some money. The marketing director hadn’t really much idea what he’d done, but they gave him some more budget and it just kept turning into more sales.

Today, there’s never been more need to work with a PPC manager (internally or externally) that understands how to maximise your quality score, drive account synergy and manage your budget effectively. I don’t do that personally, but the teams and people I’ve worked with have managed enough budget for me to know what’s needed – give me a shout if you need some help in this area.

Otherwise tell me your thoughts about declining PPC returns and anything you think I might have missed.